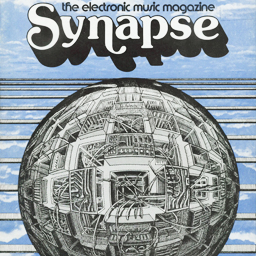 Articles on this magazine were written by famous writers which elevated its demand.

Synapse magazine stood out by carrying out interviews on popular musicians as well as its enhanced production values.

Articles on this magazine were written by famous writers which elevated its demand. The very premier production team was headed by Douglas Lynner as the editor, photographer Bill Matthias, Angela Schill as the technical illustrator who also doubled up as the circulation publisher and Chris August the art director.

Melodie Bryant and Colin Gardner later joined the magazine as managing directors after a major reshuffle.

Due to lack of funds, the magazine seized operations after only 14 publications. However, Cynthia Webster the magazine’s founder scanned and posted copies of the magazine online.